Ticks. Bad for your dog, bad for you!

Ticks. Bad for your dog, bad for you!

The dangers of tick bites

Ticks carry Lyme disease (Borreliosis) and they can pass this on to both pets and their human companions.

Lyme disease is a bacterial infection which can cause symptoms in your pets like:

Many people with early-stage Lyme disease develop a distinctive circular rash at the site of the tick bite, usually around three to 30 days after being bitten. This is known as erythema migrans.

The rash is often described as looking like a bull’s-eye on a dart board. The affected area of skin will be red and the edges may feel slightly raised.

The size of the rash can vary significantly and it may expand over several days or weeks. Typically it’s around 15cm (6 inches) across, but it can be much larger or smaller than this. Some people may develop several rashes in different parts of their body.

However, around one in three people with Lyme disease won’t develop this rash.

More serious symptoms may develop several weeks, months or even years later if Lyme disease is left untreated or is not treated early on. These can include:

Some of these problems will get better slowly with treatment, although they can persist if treatment is started late.

A few people with Lyme disease go on to develop long-term symptoms similar to those of fibromyalgia or chronic fatigue syndrome. This is known as post-infectious Lyme disease. It’s not clear exactly why this happens, but it’s likely to be related to overactivity of your immune system rather than persistent infection.

Lyme disease is still fairly rare in the UK but cases are on the rise so it’s important to keep a close eye on your pet.

Ticks can also carry other nasty diseases, which didn’t used to be present in the UK. However with increasing numbers of pets travelling or being imported from countries with these diseases, vets are starting to report more and more cases of other tick-borne diseases like Babesiosis or Ehrlichiosis. Pets that travel to parts of Europe, Asia, America and Africa where these diseases are common should be treated for ticks while they’re away to avoid catching the disease or bringing it back to the UK. Speak to your vet if you’re thinking of travelling with your pet. 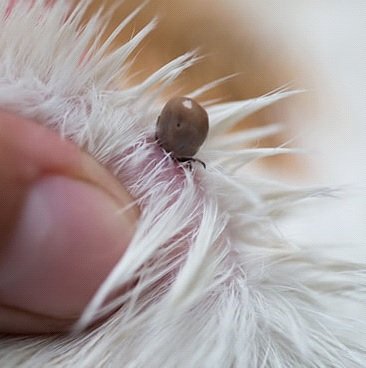 Ticks can be surprisingly hard to spot on your pet until they get quite big, which is why it’s important to check them regularly. It’s best to remove ticks as soon as possible after they latch on to reduce the risk they’ll pass on a disease.

When they first attach, a tick may be the size of a small pinhead but, as they suck blood, they can grow to the size of a match head and may look like a bluish-grey, pink or purple lump.

They look like little skin lumps but if you look closer, you should be able to see their legs. After they’ve been feeding, they can grow to around 1cm.

Remove them as quickly as possible.

Using a pair of tweezers or a specialist tick removing instrument, take a firm grip (NOT too firm!) or hook, as close to the head (the bit that goes into your dog) as possible and gently pull/lift with an upward even action.

After removing the tick, thoroughly clean the bite area and your hands with rubbing alcohol or soap and water.

Dispose of a live tick by putting it in alcohol (don’t ‘neck it’ back later though!), place it in a sealed bag/container, wrap it tightly in tape, or flush it down the toilet. 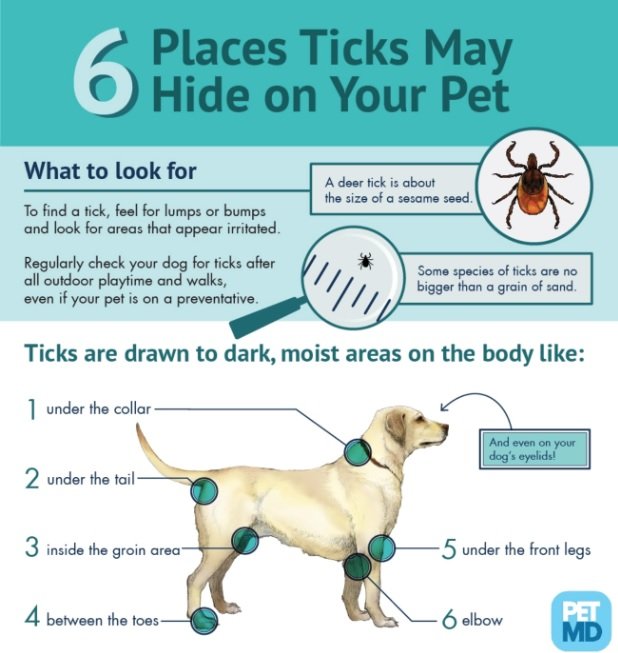 To find out more about starting your own dog business… 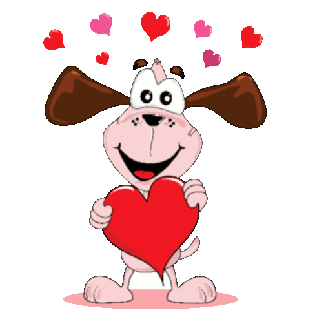 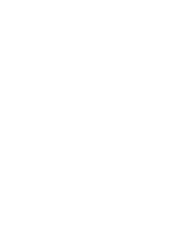